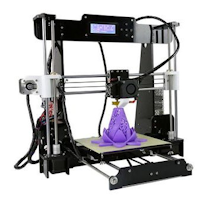 3D Printing is a rapidly evolving industry, with new products, research and breakthroughs appearing every day. But it’s not all just about printing a new phone case, storage box or small plastic toy – 3D printing technology has a growing number of exciting real-world applications, which are becoming ever more important to businesses all over the world. With home printers becoming very affordable, there has never been a better time to learn more, get creative and start seeing what 3D printing can do! 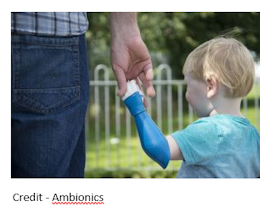 A few years ago, 3D printed prosthetics were only experimental at best – now anyone can use the technology to create economical, replaceable artificial limbs when traditional solutions might not be available. Ben and Kate Ryan’s new-born son had his arm amputated just below the elbow shortly after birth due to a blood clot. They were told they would not be able to get a prosthetic limb for their son until he was at least a year old, and that it would be even longer until he could get a functional one that was anything more than cosmetic. Ben took development into his own hands – working through several DIY prototypes and with access to 3D printers at the university where he worked, he was able to create a working prosthetic arm for his son, which can grip and has a moveable thumb. Traditional fibreglass arms take months to manufacture, however Ben’s can be re-made in a matter of days and therefore easily adapted as he grows. Ben has even started a new business around the idea called Ambionics, to help other families in a similar position quickly improve their quality of life in an adaptable and affordable way. 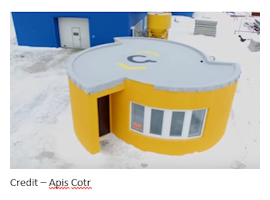 3D printing isn’t just limited to small items! Thanks to large crane-like printers that can extrude concrete, a full-size house with load bearing walls can be printed in less than 24 hours costing only around £7,000 which might take weeks or months to construct using traditional methods. 3D printing houses has previously involved printing parts offsite, and then assembling them together in the final position. Using a printer to directly print concrete on site dramatically reduces the build time, transportation costs and complexity - all you need is someone to press the start button! Whilst you can’t buy a 3D printed house to live in just yet, they could become very important in the future for creating inexpensive housing, and quickly rebuilding communities for people affected by natural disasters. 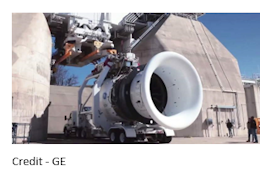 In developing their new GE9X jet engine, General Electric have made extensive use of 3D printed parts to make the largest, most powerful and most efficient engine to date for the new Boeing 777x aircraft. Jet engines have many small, complex parts that are often very difficult to create using standard machines, due to their shape and the intense heat they need to resist inside the engine. 3D printing metal parts allows engineers the freedom to redesign parts that would have otherwise been impossible to manufacture, in this case the fuel nozzles, which spray fuel into the combustion chamber. These nozzles used to be made from 12 welded parts, and have now been replaced by a single 3D printed piece, reducing construction time and failure rate, reducing weight by 25% and creating the quietest engine to date. 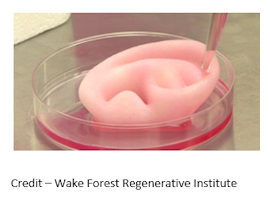 3D printed organs, or ‘bio-printing’, could be the answer to serious organ and tissue shortages all over the world. Skin, muscles, bone and even organs have been successfully printed and tested on animals, although we aren’t ready to produce for humans just yet! Bio printing generally uses a printed scaffold structure to set the shape of the organ, on which cells from the patient are printed, which then grow around the scaffold to form the full organ. The final structures are not yet strong enough to be implanted into humans, however it is hoped that with further research and development replacement organs will soon be printed in a matter of days.

How to Get Started

Want to learn more? Keen to think outside the box? Getting started with 3D printing has never been easier! Hobby level printers are available now from only a few hundred pounds, and there are thousands of models you can download from the internet and start printing straight away. 3D printing is a great way for eager children and teens interested in technology to grow their skills, learn to use 3D design software and start making their ideas come to life. There are lots of online tutorials available, and many in person courses, workshops and camps available all over the UK to get the creative juices flowing! Could you be behind the next 3D printing breakthrough? See www.techcamp.org.uk for tech based holiday courses on offer this season.

www.techcamp.org.uk is offering 2 brand new 3D printing courses this season! For older campers (ages 13-17) we have our main 3D printing course: build your own printer from a kit, learn how to use, repair and modify it, then learn 3D design with professional software to create and print your own models. You even get to take home the printer at the end of the course. Junior campers (ages 9-13) can get into 3D printing on our 3D Maker course, a 2-day introduction to 3D design and 3D printing for complete beginners.